For the last 3 years I’ve been feverishly making training buki. Not just for myself, but for those at the dojo I train at. I’ve always been a believer that training buki, or training weapons for martial arts, are important to one’s growth and understanding about combat. To actually make them, on the other hand, was never a direction I was interested in going, but is turning out to be a hobby I enjoy a great deal. 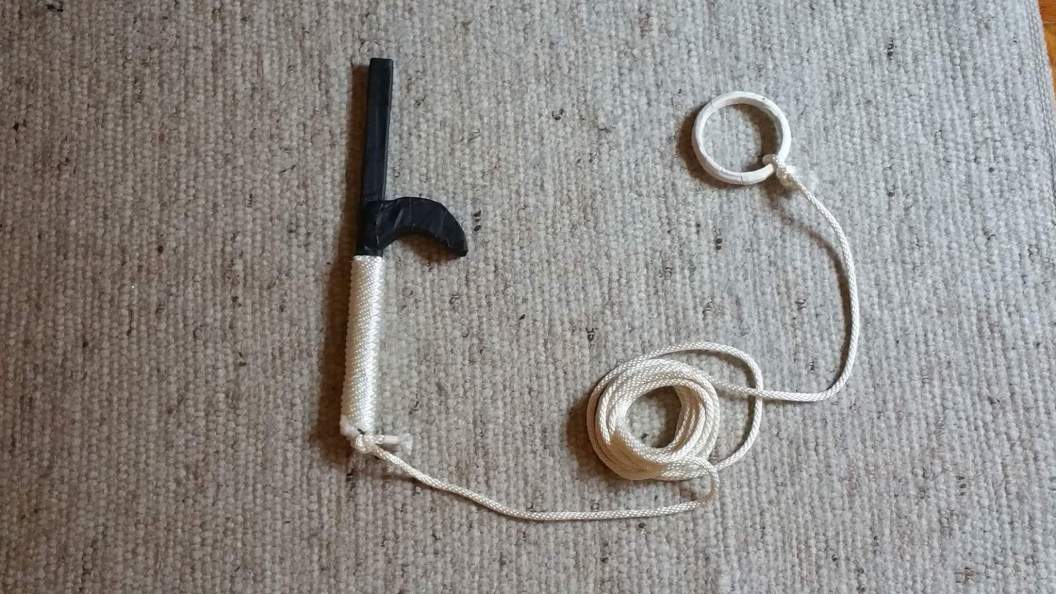 As I became involved in martial arts, I never had a problem to just purchase the necessary items, including training buki. Sure when I was young and first starting out, I made what I could in order to emulate what I saw on TV and in the movies. This included using scrapped pieces of wood and rope for a pair of nunchaku1, broomsticks for a bo, and halved dowels for bokken. Once in my teens, I spent a good amount of time and money going to the various martial arts shops in NYC. The closer the training buki are to the real thing, the better.

Around 8 years ago when Muzosa Bujinkan Dojo was still in Queens, a bunch of us were talking about training with the kusari fundo in class. Since using the real version is dangerous, normally a rope version is preferred to ensure safety for both the user and for training partners. Unfortunately, weight and balance are sacrificed with a rope kusari fundo. During the conversation I had an idea to not only train safe, but have the weight similar to the real deal. I told everyone that I would make these training kusari fundo and bring them in next weapons class.

Pair of kusari fundo, can be customized for more weight

I took the time to list the items necessary for these special kusari fundo, which included soft yet heavy braided rope, small thick screws, and crazy glue. These were bought at Home Depot, and I spent about a week making these when I had the time. The screws were made as separate weights by being bunched together, then wrapped with pieces of rope to cushion impact. A separate long piece of braided rope had these weights glued on each end. The finished product, designed after a metal version I bought years ago, were a near identical version to a real kusari fundo, and were perfect in my eyes…or so I thought.

The day came and I brought in the training kusari fundo to the dojo, and passed out a bunch for my fellow training buddies and teacher to try before class began. Everyone was very impressed with the way they looked and feel, but once the were put to the test, disaster followed. Most of them fell apart*, with the weights separating from the ropes either upon impact with a target or just by being whirled around. It was pretty embarrassing, as well as disappointing at my failure. Although it was my first try at it, I felt I couldn’t make anything worthy to supplement my peers’ training, and decided not to make anymore training buki.

5 years later, as shopping for weapons became harder due to lack of quality and availablilty at the local shops, I began thinking about supplementing my own training by making training buki once again. Safety was a major factor, but I also didn’t want to sacrifice design and weight. I started off with making senban, which were abit wider than the real ones I own, and didn’t have define points to ensure safety against getting an eye poked out. It wasn’t bad, and decided to also make some for a few people at my dojo. Also made safe shuko (no straps, stubs instead of spikes) for myself and others. Feedback was good, but overall I wasn’t satisfied with either.

Four pairs of shuko, and colored senban for outdoor training

As more of my friends and peers became exposed to my hobby, there was a strong urge to design much closer to how real weapons look without sacrificing safety. Also, I wanted to ensure durability, and improve quality. So within the last three years a lot of my time was spent designing training buki, from the physical looks, to comparing & planning supplies that needed to be bought. A good amount of testing was conducted, from my own personal sessions, (conducted either at my home, the park, or in the storage room which I manage at my workplace) to during classes I ran while being an assistant instructor. As the concept of making training buki became more of a reality, I’ve moved up from making small kakushi buki-style items (concealed weapons) to polearms.

Today my routine continues to include making training buki. I look into acquiring custom-made parts. Designs are now drawn, as construction is getting more complicated. New weapons to challenge and design dance in my head every now and then as I finish up current works. As I look back at it all, I learned that our 1st attempt may end up in failure, but to keep going forward. Learn from the experiences and stay trying.

*There was at most two that survived, if I remember correctly. One which I had in my hands but didn’t use, and another one of my training brothers used but didn’t fall apart. Apparently he still has it. The one I had was probably scrapped years ago iirc. Now I’m trying to convince the possessor of the remaining kusari fundo to part ways with his…especially since I make better ones now.